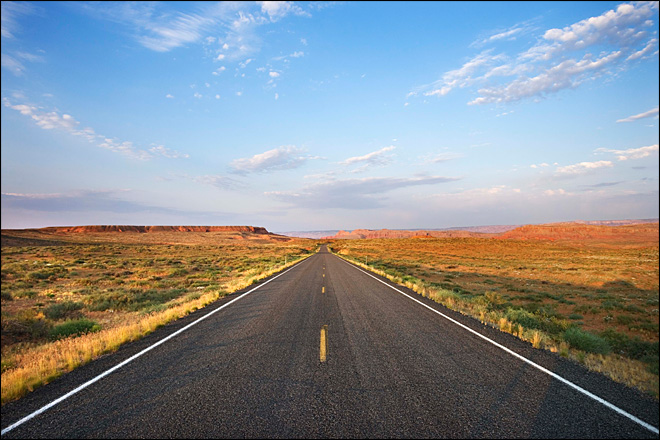 Last spring, at age 25, I boarded my first plane destined for overseas. With the exception of a couple trips to America’s hat up north, I had never left the country.  My parents believed that I needed to see my own country, and all the natural awesomeness it had to offer, because I went abroad to marvel at man-made castles and paintings.

So in high school, we packed up the family van and spent 6 weeks over the course of two summers staying in motels, eating roadside PB&J’s and stopping at every national park and baseball park along the way.  I’ve spent hours watching prairie dogs pop up from underground mazes, stained my shirt with BBQ in Memphis after walking through the hotel room where Martin Luther King Jr spent his final hours.  I’ve seen the glory of a sunrise in Yellowstone and the despair of gutted apartments and desolate shopping centers that lined the freeway for miles leaving New Orleans, years after Katrina.

I’ve seen the greatness every corner of this country can offer. I’ve seen hope in a small town waitresses in Fargo who told us about her night classes and the ambition in a hotel manager who works at night to avoid the oppressive heat in Phoenix while making ends meet. I’ve seen the kindness in a mechanic who helped us with a flat tire somewhere between El Paso and nowhere and the humor in bikers in West Virginia who showed my brother that men in with beards and leather jackets aren’t automatically scary.

I also have seen where the worst of our country still survives.  I remember feeling confused and befuddled in neighborhoods littered with Confederate flags only miles from Little Rock Central High School in Arkansas, home of the famous “Little Rock 9.” I remember asking and learning about these communities that were still clinging to a depressed vision of America, left behind by the spread of compassion and tolerance.

And for a long time these communities were just that, relegated to displaying Stars and Bars bumper stickers and putting “Don’t tread on me” signs in the rear window of their Silverados.  Republicans by default, they were forced to vote for Presidential candidates who ran on platforms of “compassionate conservatism” and paid little heed to the the true nationalist wishes of these communities.

And then 2016 descended down an escalator.

Donald Trump gave these people a voice they didn’t have before. He made it okay for Americans to group themselves by caste and align against those who they didn’t share in Bud Lights at the dive bar on Monday night. And worst of all, he allowed a small minority of this country to feel empowered to spread their antiquated way of life.

But I remain forever hopeful.  This vision won’t – and can’t – succeed.  There is too much good in this country, too much pride in our schools, our service members, our states, and our baseball teams.

Trump is a singular figure and without the bully pulpit of a fawning, ratings starved national media the incessant lying and hatred that has permeated our national dialogue will quiet. And without a singular ideology to defend, his echo chamber minions like Rudy Giuliani will no longer be given an outlet to lob grenades into civil discussion.

But it’s more than vanquishing the vitriol that Trump brought with him.  It’s about the remembering what has made America great already.

Wealth is no longer a barrier to healthcare. Gender is no longer an obstacle to the legal definition of love.  Families will soon be united by by love, rather than divided by borders.  Ambitious students will no longer be burdened by loans, but boosted by learning.  Women and minorities can look at pictorials of our presidents and envision themselves seated in front of the flag.

Standing in Philadelphia last night, President Obama stated that he still believed in hope because “in my visits to schools and factories, war theaters, national parks, in the letters written to me, in the tears you’ve shed over a lost loved one, I have seen again and again your goodness, and your strength, and your heart.”

I have my whole life to see the Coliseum. It has been there for 2000 years and I assume it’ll be there for 20 more. But in 2016, as our national fabric has been stress-tested repeatedly, I’m glad that I can share in Hillary and President Obama’s experience in having seen the goodness in every corner of our country. From Acadia to the Grand Canyon, there is not a country on earth that can match the awesomeness of the United State of America. 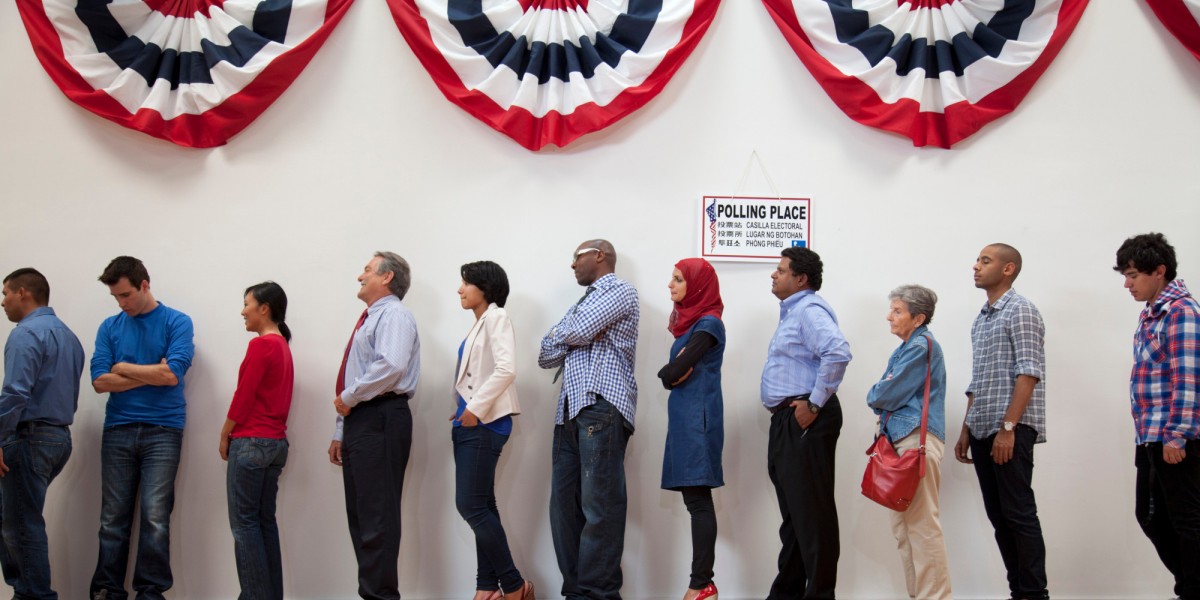 So here we are. One more week. Seven more merciful days until we can put this freakshow election behind us. With conflicting polls and the FBI leaking like a $20 yacht in a hurricane, the only sure bet at this point is that there will be a library’s worth of books written on how in the hell Donald Trump managed to almost (knocking on everything wooden in sight) become president.

I’m a political junkie, but his race has just about done it for me.  Every day I see a headline that makes me furrow my brow and shake my head.  I wouldn’t ever fall for the clickbait if it weren’t for the need to stay informed and literate in political discussions at work.

Ever since CNN poured $50 million into political coverage a year ago, facts and rationale have taken a back seat to ratings and drama. But it goes beyond “reality news” stations like CNN and Fox. Just the other day The Hill ran a headline that said “Ex-FBI official calls the Clintons a crime family.”  I mean good God, The Hill is supposed to be a sane policy rag and even they have succumbed to reporting comments that shouldn’t be repeated outside of the parlor.

Trump normalized “loser” as a political adjective. Trump made it so that we’re no longer shocked by headlines that say “A 5th accuser comes forward.”  Trump created a toxic environment where in the land of the free he calls for his opponent to be jailed and openly uses the word “criminal” to describe her.  Remember, this is a contest where the loser goes back to their house, not to the gallows.

Here we are, America, and a week before the election and you have liberals wearing shirts that say “Nasty Woman” and conservatives changing their Twitter handles to “Deplorable Dan.”  The thing is, I think Clinton is right that a good handful of Trump supporters are deplorable people, but the fact that it is a phrase used by a candidate for president about another candidate’s supporters demonstrates what a sad state of affairs this is.

We are all flying the same flag, right?

Remember when everyone freaked out in 2012 because Romney called half of Obama supporters poor?  Is it wrong that I yearn for a time when closed door, off-the-cuff comments about voting patterns based on economic status was the worst gaffe a politician could make?

Trump created this new environment. Opinions used to have to be vetted before they made it to a national audience. Uncouth comments used to get a candidate banished. Now they’re paraded across the screen in promos for The Situation Room.

No matter how many fact-checking chryons CNN employs while they air Trump’s comments, the damage is done just by sharing them.  People see “Clinton is a criminal” in quotes next to a CNN logo and boom, now they’re telling their neighbors that Clinton should be in jail. Sounds too simple? Talk to some of the people in Kansas, Florida, and New York that I have over the past year.

Yes, the media has an obligation to report the day’s events, so of course there is the argument that even if Trump says something crazy, they need to air it.  That is wrong.

If Trump says “my opponent is a criminal who should be jailed” then airing that quote is making that sound like it could be true.  A recent poll showed that 40% of Georgia Republicans think Hillary and Bill were legitimately involved in murders to hide criminal activity.  Trust me, Washington is way more VEEP than House of Cards.

But alas, I digress.  After the dust settles on this mess we can discuss the media’s culpability in this disaster until pigs fly.  We probably won’t even be done by then.

What I really want to understand here, is were these nationalist feelings and hate always present in America and we just never knew it?  How can a process usually dominated by lifelong public servants debating issues devolve into a grade school food fight with one candidate shouting “no you’re the puppet!” over the other during a debate in front of 70 million people.  If I did that in front of 10 people I’d be mortified, much less 20% of the entire country.

How can 40% of my fellow Americans be duped–willingly or blindly–into supporting the single worst candidate for president, ever.

This election and its tired coverage has reduced our nation to two even more divided camps than we were before. But, it’s no longer about Democrat vs Republican but rather sane folk vs Trump supporters. How can someone vote for the sober, Mormon Romney and the war hero McCain and then suddenly side with Donald “grab ‘em by the pussy” Trump?  Have our national morals been corrupted that badly?

Back in January before the Iowa caucuses I wrote in my original blog for this site that Trump was running a campaign of fear and had galvanized those who feared “the other.”  I wrote how this was a powerful, terrifying message, but that in the long run, hope always dominated over fear and despair.

With 7 days remaining, and polls that require me to put new sheets on my bed each morning, I can only pray that I’m right.