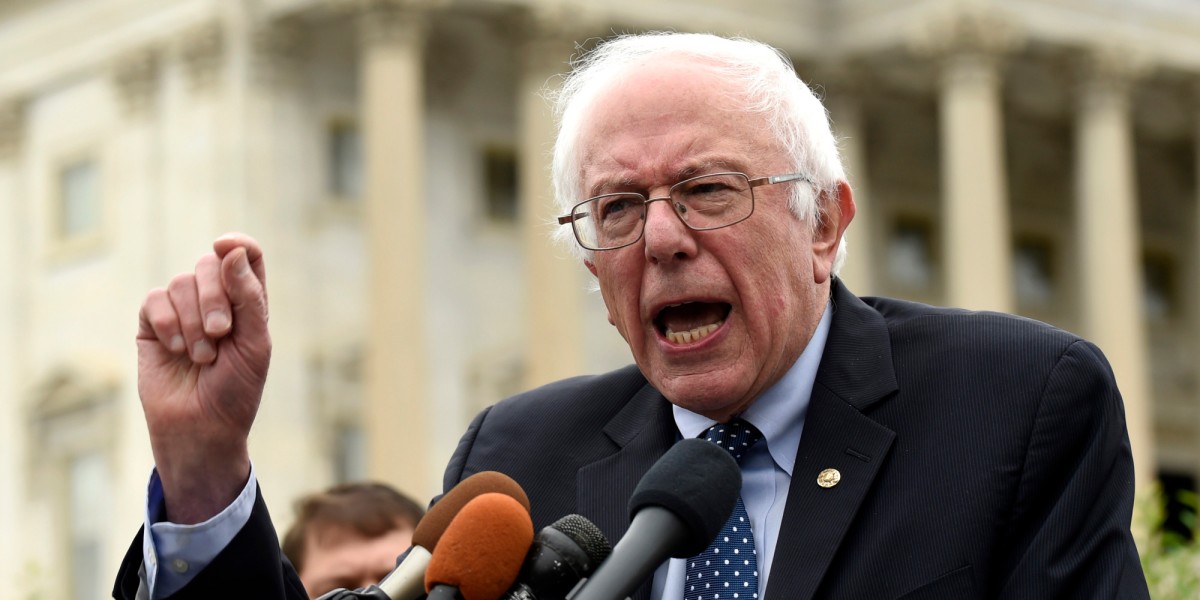 Consider everything that was recently posted about Bernie Sanders doing Hillary Clinton a favor by not questioning her credibility rescinded.  Since that piece, Sanders has viciously gone after Clinton in every way imaginable.

He has called her “unqualified,” blamed her for the draconian sentencing laws in the 1994 Crime Bill, accused her of favoring Wall Street over a higher minimum wage, and repeatedly called for her to release the transcripts of her paid speeches to Goldman Sachs.

Attacks that compare and contrast issues are an integral part of politics.  But Sanders most recent artillery volley has been structured in a way that is neither conducive to building broad support, nor for unifying a Democratic coalition.  He would be wise to note that his meteoric rise since last fall was a result of promoting progressive issues like the role of money in politics and the regulation of big banks, not the bashing of Secretary Clinton.

Take his recent attacks on Clinton for her position on the minimum wage.  Clinton has long supported a $12 an hour minimum wage, but has also said that if localities want to go higher, she would support them in that effort.  Her raise to $12 an hour would be a 60% increase over the current standard, which is an enormous boost to low wage workers.

Casting aside reason, Sanders uses her hesitance to come all the way to $15 as a bludgeon to further elaborate on the point that he is the only candidate fighting for workers while Clinton is the candidate for  big money Wall Street.  Republicans don’t want the minimum wage raised at all, so the fact the Democratic party is debating between a 60% and a 105% raise is something any progressive voter ought to be thrilled about.  Instead Sanders is using this wedge to divide Democrats when jointly promoting their dedication to the working man would be far more productive.

The simple fact is that a good paid speaker tailors his or her speech to the audience they are addressing, but in this political climate Clinton’s remarks would instead be painted as “proof” that she is a pawn of white collar, Wall Street thugs being sent to Washington to protect their interests at the expense of Main Street.

For proof of this spin, look no further than the disastrous response to the video of Mitt Romney’s “47%” remarks during the 2012 election.  He was speaking to a crowd a high-dollar donors who have vastly different political and economic interests than the majority of Americans. As such, he was speaking to their needs and what he would do as President for them.  Obviously, in that room he isn’t going to talk about the minimum wage or right to unionize. Regardless, the remark made for a sexy soundbite and the countless replays of the clip on national television helped cement Romney’s image as elitist and out of touch.

This is the exact danger Clinton faces if those remarks become public.  It is unlikely that she said anything outrageously damning, but the collective message will likely contain a positive tilt towards the banking industry.  Sanders has built his entire campaign around anger towards those exact people, so any additional coziness Clinton is seen as having will hurt her dearly.

This is exactly why Sanders actions are so much more damaging to Clinton than they are helpful to him.  Sanders’ rise to prominence was buoyed by his economic message and passion, not by attacks on Clinton.  Voters turned frustration with their economic position into support for a man whose fiery passion was matched only by the thickness of this accent.

At this point in the campaign, with nearly 70% of the delegates already divided up, there is little that could change the momentum enough to give Sanders a victory, but plenty that could end up costing Clinton dearly going into the fall. Her unfavorable numbers are already much higher than the party would like to see and an additional scandal involving her relationship with Wall Street wouldn’t help.

To make matters worse, many of Sanders supporters are not down-ballot Democratic voters, but rather are people who only “Feel the Bern.”  They are inspired to become active in politics by Sanders’ message of political revolution and increased economic parity.  If the Democratic party as a whole is going to capitalize on these new, mostly young, voters they will need them (at minimum) to not view Clinton in a negative light.  Having Sanders vilify her at rally after rally makes it that much more likely they will hit the snooze button on election day.

Recognizing his near-impossible path to the nomination, Sanders should revert his campaign back to promoting positive messages of economic equality that the Democratic Party as a whole can capitalize on and stop doing irreparable damage to his party’s  likely nominee.