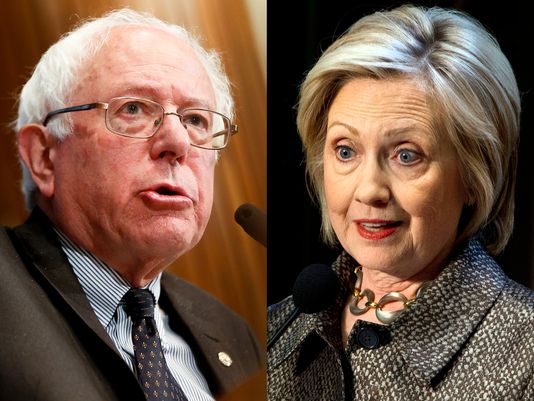 They say generals are always preparing to fight the previous war.  Well, General Hillary Clinton is running a campaign for an election that has come and gone.  The 2016 election is not about the resume at the top of the ticket.  It is about the movement they inspire.

Bernie Sanders has captured the imagination of America’s liberal youth by representing a revolt against economic unfairness.  Donald Trump represents anger against the political status quo and America’s “incompetent leadership.”  Ted Cruz represents dissatisfaction with the inside baseball that takes place in Washington.

Clinton’s campaign isn’t about a movement.  She has made it about about her resume and qualifications and, quite frankly, we’re tired of hearing about your damn qualifications.

Her credentials undoubtedly are fantastic.  She has served as a U.S. Senator and as Secretary of State, and their is no doubt that her credentials are as strong as anyone who is running for president.  The problem is that this cycle, nobody, especially first-time voters, cares about records.

In the New Hampshire primary Sanders took more than 80% of the under-30 vote.  What Clinton doesn’t get is that millennials don’t want to just simply cast a vote.  For everything that has been written about the millennial generation, it’s well establish that they don’t believe in the traditional order.  They demand promotions before they’ve completed training.  They don’t want to fall in line.  And in politics, they would rather be a part of a movement than just check a box.

This ability to be a part of something bigger than themselves is exactly what Sanders has given them.

Contrast the concession speeches of Sanders and Clinton after the New Hampshire primary: Sanders used “we/our” nearly 50 times while only using “I/me” 24.  Clinton, on the other hand, used “we/our” just 15 times while using “I/me” nearly 40.  Controlling for the length of their speeches and uses such as “I thank Secretary Clinton,” the ratio of “I” to “We” was roughly 2:1 for each candidate, although reversed.

Sanders preaches a doctrine of “we.”  Just as Barack Obama did in 2008 with his rallying cry of “Yes We Can,” Bernie Sanders has empowered voters by leading them to believe that they are part of a movement that has the power to change the world.  Clinton, however, continually pontificates about her personal qualifications.  She asks people to “join me” in her campaign while Sanders asks his audience to “join us.”

Even in defeat she doesn’t seem to get it.  After millennials abandoned her in New Hampshire, she said in her concession speech, “Even if they are not supporting me now, I support them.”  Newsflash, Secretary Clinton, young people don’t want another parent looking out for their well-being.

They vote with their hearts not their heads.

Secretary Clinton, if you want to win back the support of the youth of America, start empowering them rather than preaching to them.  Start including them in your revolution rather than asking them to pack the stands to watch someone else’s show. Start showing them how they can be the change they believe in rather than just being a name on a “pledge to caucus card.”